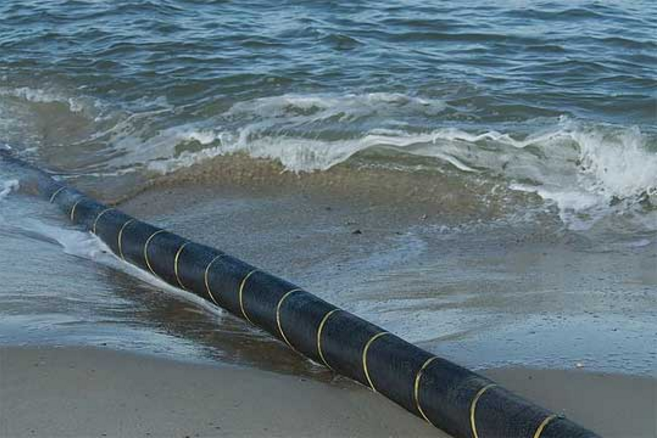 This month we mark two anniversaries in communications. Both of which are connected with the UCL Department of Electronic and Electrical Engineering. It is 150 years since the installation of the first transatlantic telegraph cable and 50 years since Kao and Hockham developed the use of optical fibre for telecommunications.

Prof Polina Bayvel lays out her thoughts on these historic achievements:

“This, 2016, is a momentous year. This year we celebrate some of the greatest scientific and technological achievements in communications.

This month we mark two of them.

Brunel’s ship, the Great Eastern completed its 2-week journey from Valentia Island in Ireland to Trinity Bay, Newfoundland. Here, scientists finished the installation of what was to become the first, successful transatlantic telegraph cable. This was the culmination of five attempts (4 of them failed) in the quest of communication between continents!

Transmitting information at 8 words per minute (approximately equal to 10 bits/s), it was a triumph of scientific and technological endeavour by the Victorian pioneers. It included just about every scientist of the day (Wheatstone, Thompson, Morse and many others). The magnitude of the project was probably the Victorian equivalent of putting a man on the moon. The final success in 1866, was the result of the efforts of John Pender, an indefatigable cable pioneer. Pender risked his own substantial fortune in this venture and managed to raise sufficient additional funds despite the series of failures (this example should inspire the industrialists of today - BT take note!).

British cable companies went on to dominate the world. After his death, the Pender Memorial Committee donated £5000 to UCL’s Department of Electrical Technology. This in part founded the Pender Chair of which Prof Sir Ambrose Fleming was the first incumbent. The Pender Chair is probably the most prestigious Chair in Electrical Engineering in the UK, if not the world.

The telegraph cable worked for almost 100 years. When the first transatlantic telephone cable was launched on 25 September 1956, it was hailed as the start of the modern era of global communication. It inspired several literary works including a fairy tale by Hans Christian Anderson, 'The great sea serpent' and a novella by Stefan Zweig 'The first word over the ocean'. There are lots of interesting facts on the History of the Atlantic Cable & Undersea Communications website.

In July 1966, Kao and Hockham published their seminal paper “Dielectric-fibre surface waveguides for optical frequencies”, K. C. Kao and G. A. Hockham, Proceedings IEE 113, 1151 (1966). The paper proposed the use of optical fibre as a “possible medium for the guided transmission of energy at optical frequencies”.  Kao had a close connection with former UCL Electronic and Electrical Engineering Head of Department, Harold Barlow. Prof Barlow was a student of Fleming's, the latter possibly acting as an external supervisor to Kao's PhD thesis, carried out in Standard Telecommunications Laboratories.

The use of hundreds of wavelengths (colours of light), over a single fibre, in combination with other properties of light to code and detect the data: its amplitude, phase and polarization, have led to increases of many orders of magnitude in the optical information carrying capacity.  Indeed, Charles Kao had underestimated the rates at which information could be transmitted over optical fibre by a factor of more than 105, placing it at 1 Gbit/s!

The first practical systems in mid-1970s worked at 140 Mbit/s over about 10km. In contrast, the UNLOC Programme has recently achieved 1Tbit/s. Recent industry lab records exceeded 50 Tbit/s over a trans-oceanic distance of 10,000km.  The development of optical fibre communication technology capable of a greater throughput with each generation created an illusion of infinite capacity being available.  But as the amounts of data increase, we ask ourselves, is there a limit to the capacity of an optical fibre communication channel? This is one of the questions we are trying to answer in the UNLOC Programme.

I could not let pass these two important anniversaries and wanted to share my excitement about them with you. Happy anniversary (or anniversaries!) - may our communication always be for the good!”